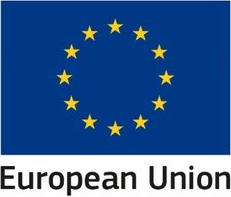 AVSI Mexico, with Dignity and Justice on the Road A.C. and FM4 Paso Libre Shelter, implements the project “Dignified Inclusion: Protecting and Promoting the Rights of 500 Migrants Children and Adolescents in Oaxaca and Jalisco” with funding from the European Union.

For the Latin American migrant community, Mexico has always been considered a country of “transit”; a quick stop before the final destination. However, now shelters have become places where migrants stay for extended periods, around 6-8 months, due to various reasons including changes in immigration laws between the United States and Mexico, and the fact that the National Institute of Migration is not able to cope with the increasing number of asylum requests.

The project will generate a strong link between public and private actors, nationally and internationally, which will be a crucial factor in the promotion of models and protocols focused on the Human Rights of child migrants in Mexico. The project will help restore the dignity and foster the social inclusion of children and adolescents during their stay so that they can feel a little closer to home, and at the same time, have a real and humane experience.

The project has four components: