GIVE TO ONE OF OUR CAMPAIGNS TODAY

Let’s make this summer extra sweet by sharing with the world the gift of giving!

Are your kids bored? Do you want to instill the gift of giving on your children? Want to learn important fundraising skills? Have you been meaning to get to know your neighbors more?

This is for you! Our Summer Campaign is a Lemon-Aid Stand Extravaganza. We invite all our friends around the world to set up a Lemonade Stand in your neighborhood or even a virtual one (via email or social media) to support one of our partners: FDP (Ukraine) or Crecemos.

Sound daunting? We’ve made it incredible easy by providing you with all the tools and materials to make your Lemon-Aid Stand a success. Here are links to our Digital Fundraising Kit.  Can’t wait to see how you make your fundraiser extra special! Use the hashtag #LemonAidStands to share your pictures and stories or just email us. 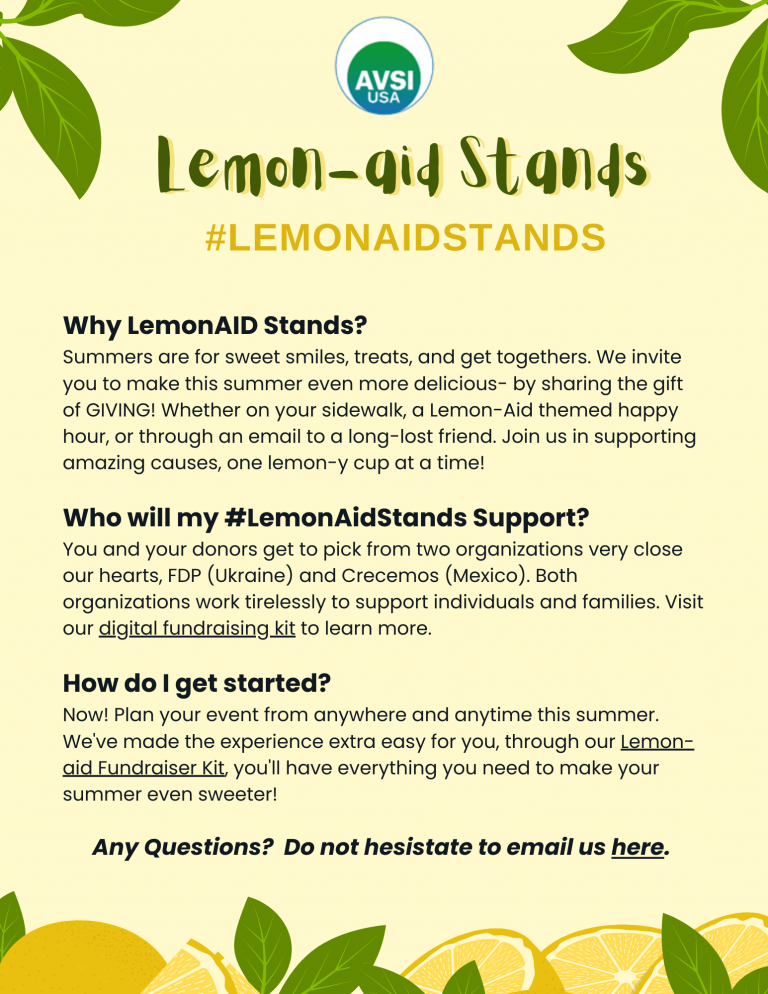 Digital Fundraising Kit
How to Get Started Survey
LemonAid Stands Flyer
Learn more about our causes: FDP (Ukraine) and Crecemos

Join AVSI-USA in continuing to support our Ukrainian brothers and sisters.

Two months after the outbreak of the war, Ukraine is still being attacked from West to East. The offensive continues relentlessly, increasing the death toll and destruction. According to official data, 3,381 civilians have died, 5.9 million people fled to a foreign country, while 7.7 million people have been displaced within Ukraine. Even Orthodox Easter, one of the most sacred days of the year in Ukraine, was overshadowed by the sound of bombs and the cries of mothers mourning the death of their sons fighting on the frontlines.

AVSI has responded to this crisis from the beginning, launching important campaigns such as #HelpUkraine to get aid where it is most needed. AVSI continues to find innovative ways to help and stay in Ukraine. Given the worsening conditions, AVSI opened an office in Lviv, one of the key cities in Western Ukraine. Thus, creating a long-term strategy to provide support to Ukrainians, not only during the ongoing crisis, but also to respond to future needs. Aware of the critical need in Eastern Ukraine, AVSI is initiating support interventions in Poltava, Kharkiv, Sumy and Dnipro. Our goal now is to reach those who are in the most remote areas of the country, for example those who have been living in underground shelters for months.

Through our local partners in Poland, Romania, Moldova and Italy, AVSI continues to provide vital humanitarian assistance to Ukrainian refugees now integrating to new temporary homes. You can donate directly to provide lifesaving food, medicine and hygiene items, as well as psychosocial support and other needed services, with a special attention to women and children.

WHERE AVSI IS PRESENT AND RESPONDING 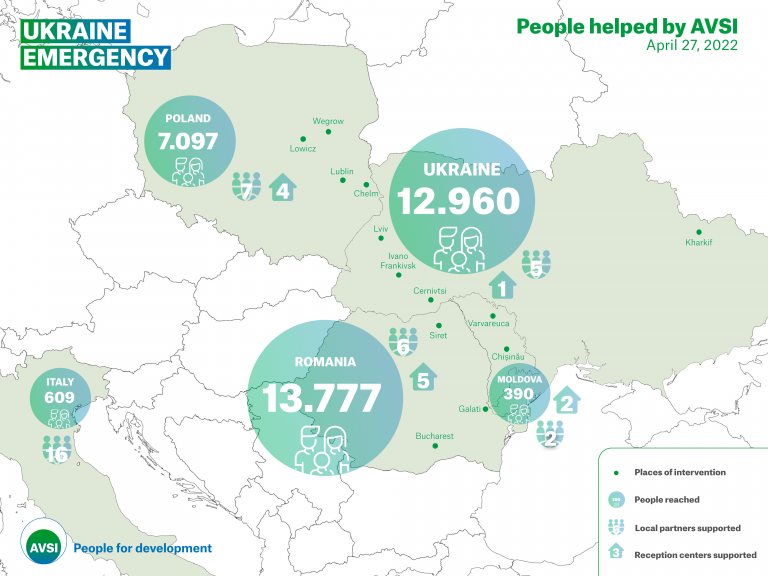 HOw your donation is helping - SHelter in Lviv, Ukraine

ORGANIZE A FUNDRAISING EVENT FOR AVSI-USA

FIND OUT HOW AND GET INVOLVED

you can also donate to

Your support to the AVSI-USA General Fund enables us to leverage our fundraising capacity through outreach to foundations.  Without your support, none of the life-saving emergency response work or the long-term development initiatives would be possible. 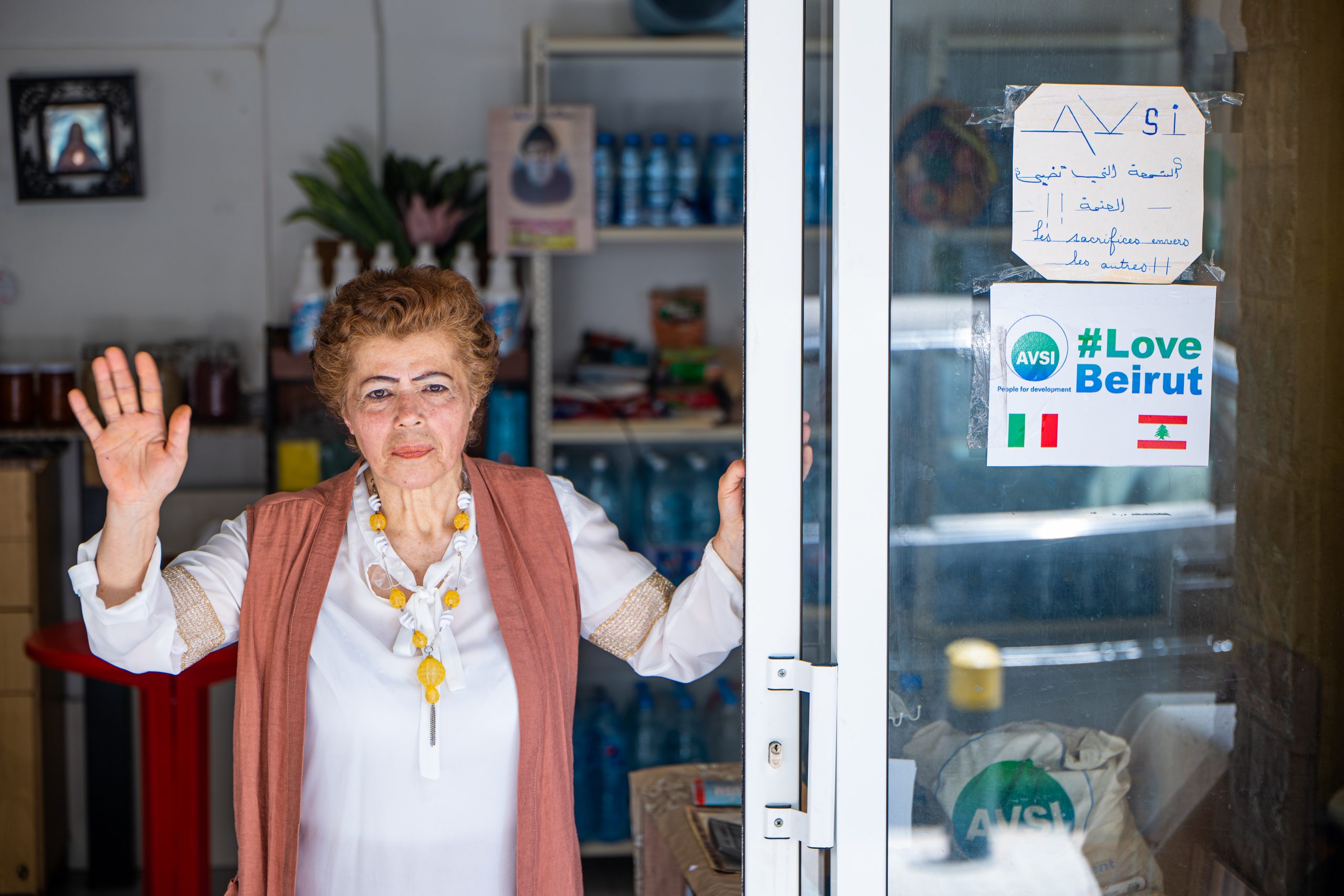 why we donate to avsi! 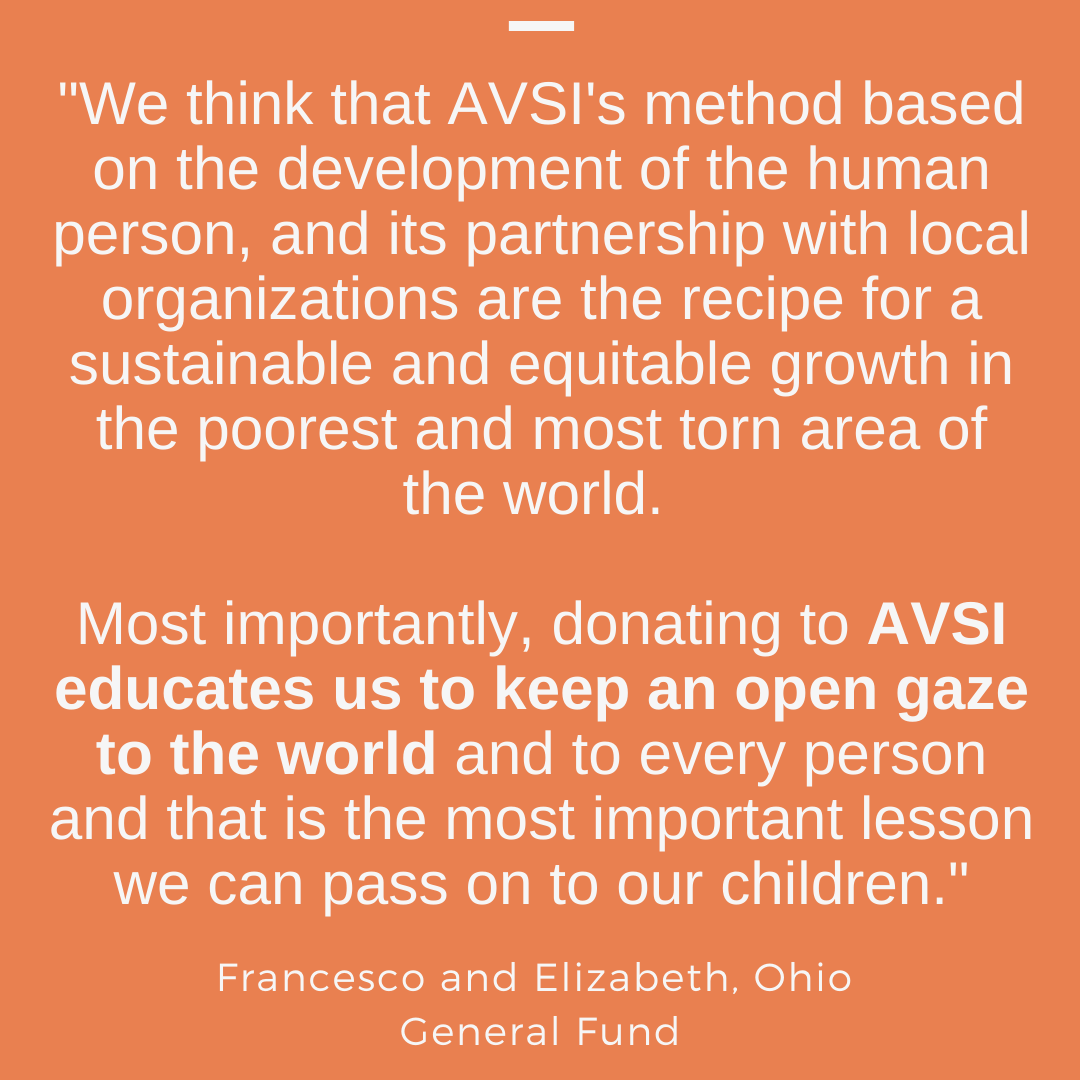 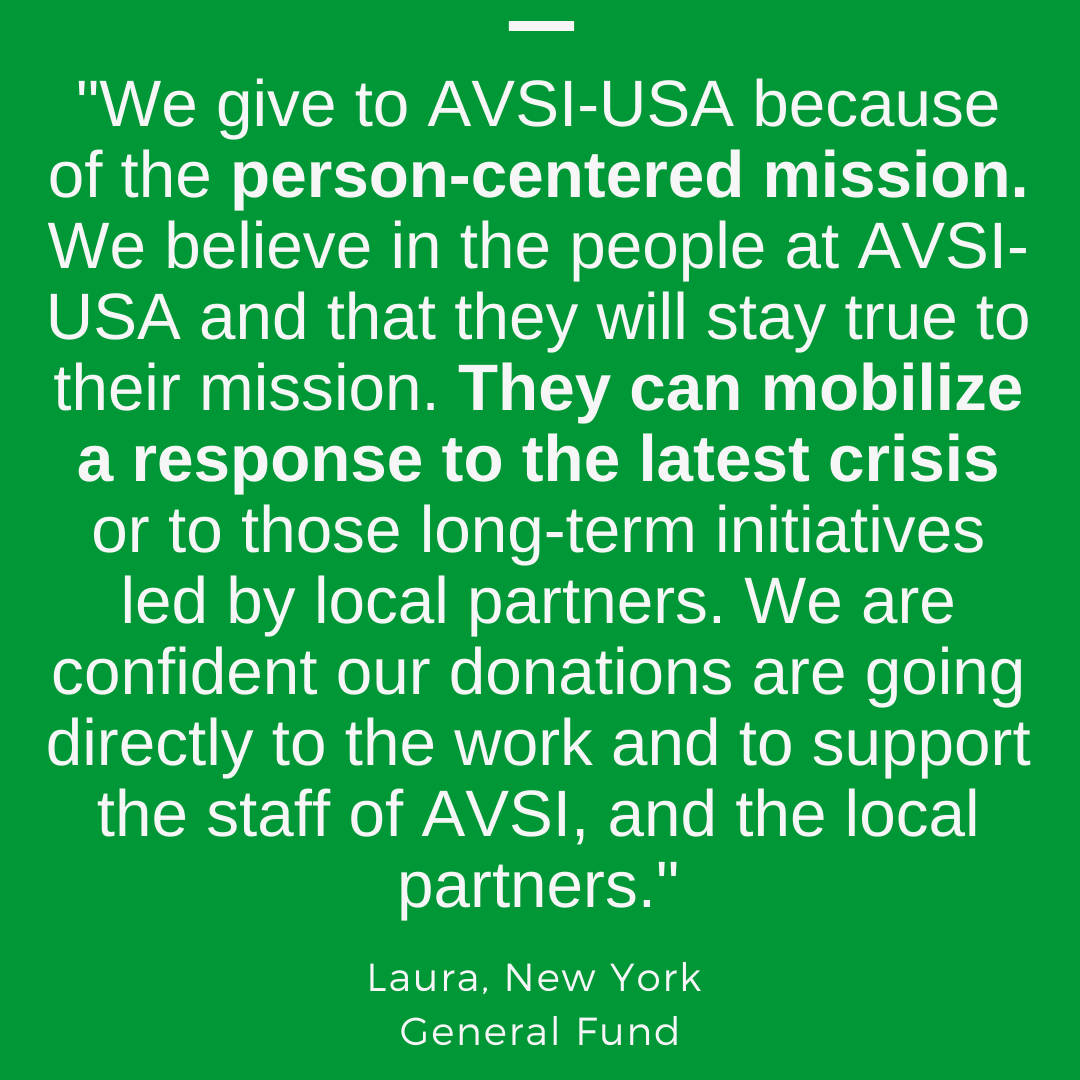 How TO SUPPORT AVSI-USA PROJECTS AROUND THE WORLD

Enables you to choose the Fund of your choice and schedule regular donations.