A major explosion ripped through the Beirut Port on August 4 and devastated most of the city, killing at least 170 people, and leaving 6,000 wounded and more than 300,000 homeless. The explosion knocked down walls and blew out windows, leaving behind decimated homes that most people cannot afford to rebuild.

AVSI, present and working in Lebanon for more than 20 years in emergency and long-term development programs, immediately decided to help the most vulnerable families. On August 8, AVSI technical team started visiting the working-class neighborhoods of Geitawi, Bourj Hammoud, Dora, Quarantena, Furn el Chebbak to identify, in collaboration with local officials, vulnerable families who need help to make their homes safe.

By August 18, the first group of 100 apartments and essential shops have been identified for reconstruction. The reconstruction work is carried out by small local companies and contractors selected, supervised, and financed by the AVSI #LoveBeirut campaign.

As of August 26, 20 homes and three essential shops in the community have already  been repaired. Also, a dedicated social team of AVSI is visiting and accompanying the families most in need of psychosocial support in the neighborhoods of  Jeitawi and Four el Chebbak.

Our first goal is to rebuild homes and shops, but we don’t want to stop there. There is an economic and social fabric to rebuild. We need to look at the education of children and young adults, and we need to enhance social cohesion in the neighborhoods.

You can join us in the #LoveBeirut campaign supporting the poorest families, who were already struggling to make ends meet or with one breadwinner.

WHAT WE ARE DOING WITH YOUR HELP:

where we are working 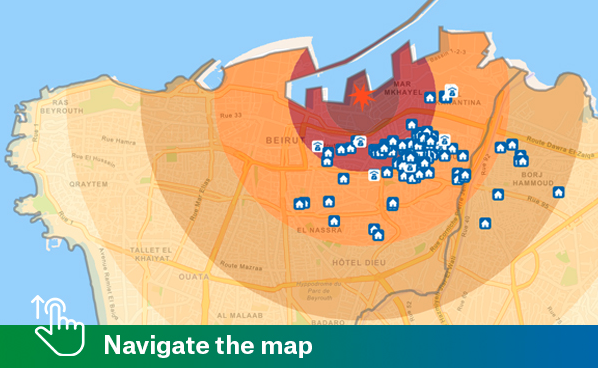