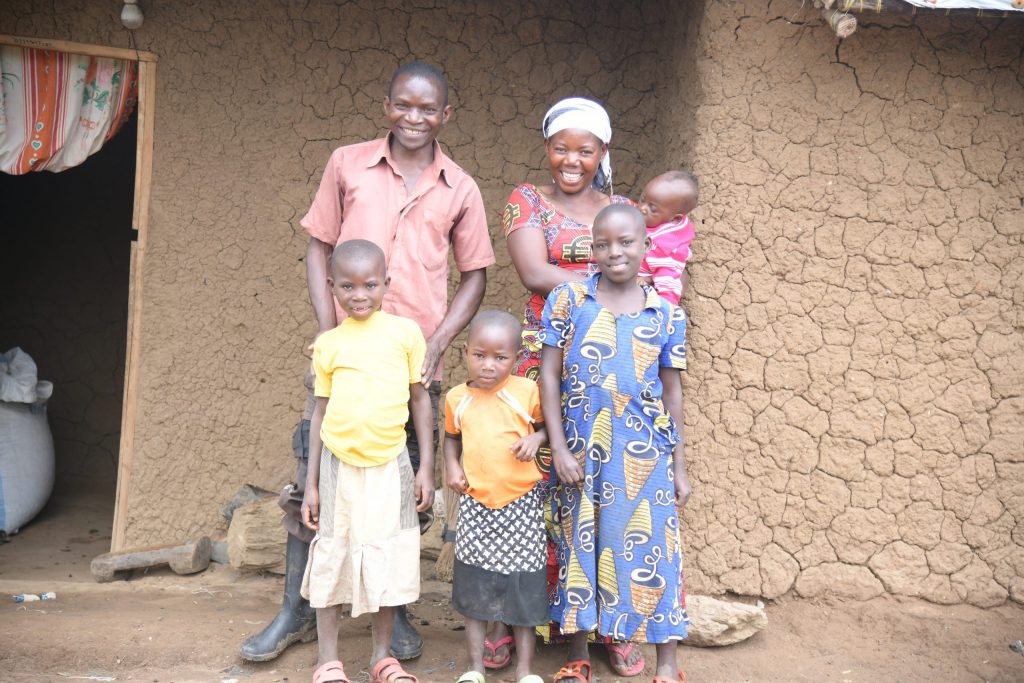 Published by USAID.gov | Uganda – Jeanette and Ayubu hold fond memories of their little village in the Democratic Republic of Congo where everything around them brought hope. While in Kisangani they sold groundnuts, cassava flour, maize and beans to take care of their four children.

However, their flourishing trade came to a halt when they left their country after facing constant attacks and theft by an armed group. Having no means to carry their sacks of produce, they left for safety.

Rwamwanja refugee settlement is now their new home. The Congolese couple began a new life in Ntenungi village where they were given 50 square meters of land. Ayubu is a hardworking man. He has built a temporary shelter for his family as Jeanette carries on with her retail trade, selling cassava flour. It’s the only thing she could do to earn an income and to keep herself busy.

USAID’s Graduating to Resilience activity targets refugee and host community households in the Kamwenge District in South West Uganda to help them move from food insecurity and fragile livelihoods to self-reliance and resilience. When Jeanette joined the program in 2018, her family’s major problem was having one meal a day, and they often fell sick. But the monthly cash allowance from the program and the weekly visits from her coach Sandra Nsimire brought relief to her family – they began to eat proper meals. Jeanette also received financial skills and she joined a savings group of 25 people where she can borrow for her small investment.

As Ayubu prepares their land and plants maize, Jeanette is busy selling cassava flour from their previous harvest in the local neighbourhood markets. Each week she counts a profit of 20,000 shillings and saves half the amount in her Tumaini savings group because she wants to increase her savings.

When the group shared out she received 255,000 shillings which she used to buy pigs to start a piggery business now managed by Ayubu. Ayubu buys piglets from the host community and sells them when they are over a month old – the business has grown their income to 1,000,000 shillings in three months.

Jeanette attributes this growing success to the good relationship she has with her husband. They are not worried about life when they will no longer receive the monthly consumption support from the program. Her Ugx 49,000 weekly profit from her produce business is enough to keep the family moving forward.

Their next plan is to improve their home and buy a motorcycle to help with transportation of her cassava flour to the market.

“Our children no longer fall sick. We feed well and we see a bright future for our family even when we are away from Kisangani.”

previousA new home for Venezuelan refugees in Brasília thanks to a partnership between AVSI Brasil, CNBB, and IMDH
nextIn Mexico, with 500 migrants to restore dignity and foster social inclusion