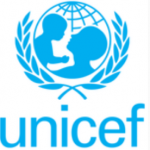 RRMP is jointly managed by UNICEF and OCHA and is funded by the European Commission – Humanitarian Aid and Civil Protection department (ECHO), the Common Fund and the governments of the United States, Japan, the United Kingdom and Sweden.

The objective of RRMP is to conduct rapid needs-based evaluations and to supply integrated assistance to vulnerable populations affected by displacements, returns and/or natural disasters.

The Eastern region of the Democratic Republic of Congo is undergoing a chronic humanitarian crisis, with an increase in violence and displacements. OCHA estimates that nearly 2.2 million men, women and children are currently displaced in DRC (February 2017).

Responding to the humanitarian needs of displaced persons is a major challenge in eastern DRC. Due to the dynamic nature of conflict and displacement, needs may vary greatly from one community to another and may change at any moment.

Prolonged conflicts and the changing nature of population movements in Eastern DRC have increased the complexity of the humanitarian context in affected provinces, with new models of displacement: prolonged, temporary or commuting, continuous, “semi returns” near home villages, returns to unstable zones engendering new displacements or temporary/ commuting, and the spontaneous creation of camps for the displaced.

Developed in 2004 as a mechanism to respond quickly to the complex crisis in Eastern DRC, RRPM (formerly known as the Rapid Response Mechanism) has become an indispensable source of multi-sectoral aid in DRC, as well as providing valuable information on needs assessment to the global humanitarian community.

– Pre-position partners and equipment: RRMP accelerates the analytical and response processes by pre-positioning aid materials and pre-financing international partner NGOs to conduct assessments and interventions.
– Assessing and responding to vulnerability: RRMP has initiated a vulnerability-based approach to needs assessment and response by identifying the most vulnerable areas through multi-sectoral analysis that use specific tools developed to assess vulnerability in areas of Education, Health, Food Security, Water and Sanitation and Essential Household Goods.
– Maintain Emergency Response Capacity: RRMP maintains a continual emergency response capacity in four key areas: temporary shelter materials and non-food items; water and sanitation services; emergency education and health care. The use of pre-positioned stocks and pre-financing enables NGO partners to respond immediately without having to submit individual project proposals, or source or recruit new teams for each new emergency situation.

– Non-food items and shelters
RRMP distributes non-food items (NFIs) and emergency shelter materials to the most affected populations, or organizes fairs so that the population can buy them from local suppliers.
– Water, hygiene and sanitation
Through its partners, RRMP works to provide sufficient drinking water and adequate sanitation facilities in emergency situations and to ensure an effective response to cholera epidemics.
– Emergency education
RRMP facilitates access to a protective environment for children through emergency education activities (temporary classrooms, sanitary equipment and facilities, scholarships and recreational kits for students / teachers and continuing education for teachers and parents).
– Health
RRMP provides access to basic health care for the most vulnerable populations affected by an emergency.