FIRST SCREENING OF "UNGUARDED" IN AN AMERICAN PRISON: APAC, UNIMAGINABLE BUT POSSIBLE

The presentation of a documentary, produced with AVSI-USA support, on the method of detention “without guards” established in Brazil in the 1970s. The premiere in a Louisiana prison has opened a tour throughout America. This is how the idea arose and what it is generating.

Everyone raised their hands, including the guards. It was the answer to the question: who thinks it would be possible here, too? But it was also the most direct way of saying: we do, we would like this, too!  The scene takes place in the evening inside a prison in Lafourche, Louisiana. It was there, on May 27, that Unguarded was screened for the first time, a documentary by Simonetta d’Italia-Wiener on the APACs, the “prisons without guards” that were set up in Brazil in 1972 by Mário Ottoboni, a lawyer who had a very clear idea in mind: no one is simply the evil they have committed, whatever its severity. And everyone can change, if given confidence. From this certainty – and from a work that has spread to dozens of volunteers, jurists, magistrates – a network of dozens of alternative prisons in Brazil and around the world was born. They have no barbed wire, no bars, no jailers. But they work. They really help prisoners – or rather, the “recuperandos”, as they call them there – to rebuild their lives.

That is why the inmates and police at Lafourche, two hours after the credits rolled, were still there discussing, commenting, talking. “It has been reinvigorating for me. It is a reminder of why I come to work every morning,” Jessica Davis, director of the County Sheriff’s Office, wrote the next day. “Stories like this fuel my desire to see something different for the men and women in here. The inmates are human beings like us.” We find pretty much the same words outside every Apac entrance: “The man enters, the crime stays outside…”.

It took three years of work to get to this “premiere” behind bars. And Simonetta, an Italian who has lived in New York for thirty years where she teaches and makes films, could never have imagined this the night the spark ignited. “I had not seen anything about Apac prisons,” she recounts. “I had not gone to the Rimini Meeting the year of the exhibition about them (2016). I only had second-hand accounts. But it was a dialogue with Joshua, a friend whom my husband – who is a lawyer – and I had accompanied during the last ten years of his sentence, that ignited my desire to get to know about them.” 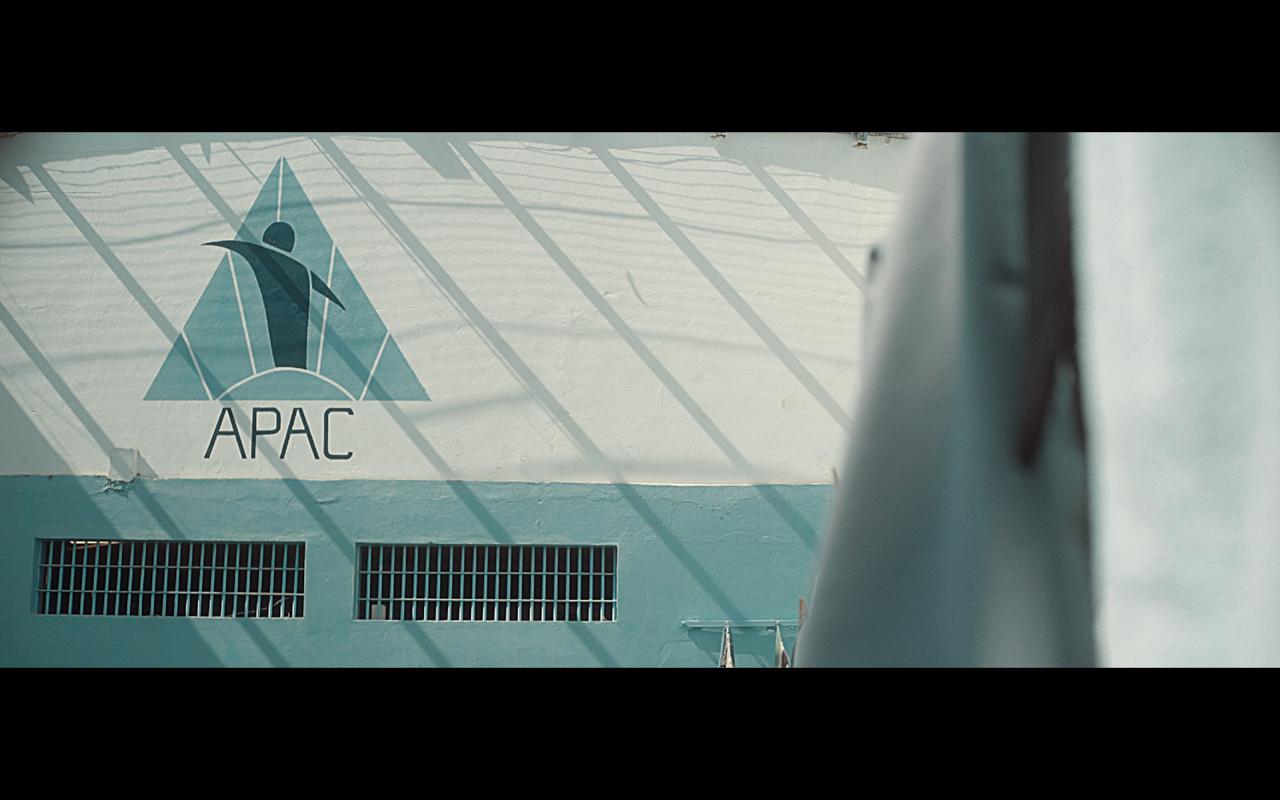 In that dialogue, questions arose, needs resurfaced “that I had carried inside ever since I began studying at university and I saw my Criminology professor, Guido Galli, die, murdered by Prima Linea terrorist group. The desire for justice has always challenged me. And when you meet someone in American prisons, you realize how much humanity is needed to address this issue.” Then, at the table with that friend, “I had a flash: do you know what Apac is? He knew more than I did as he had seen the things presented at the Meeting. We talked about it. Out of the blue I said, ‘I have to make a film about this.’ And he said, ‘If you do that, I will help you.'”

Weeks of study began. “The more I read, the more I realized it was like seeing something humanly impossible come to fruition. Then a Brazilian friend put me in touch with them. And I decided to go. I had to go and see what was attracting me so much.” The impact was reinforced by a fact: “The very day I landed in Brazil, they told me that Ottoboni, the founder, had just died. I went to the funeral, and I realized that I was in front of something big. There were dozens of recuperandi crying, like children before the body of their father. I had to show that world and get to the bottom of that experience.” 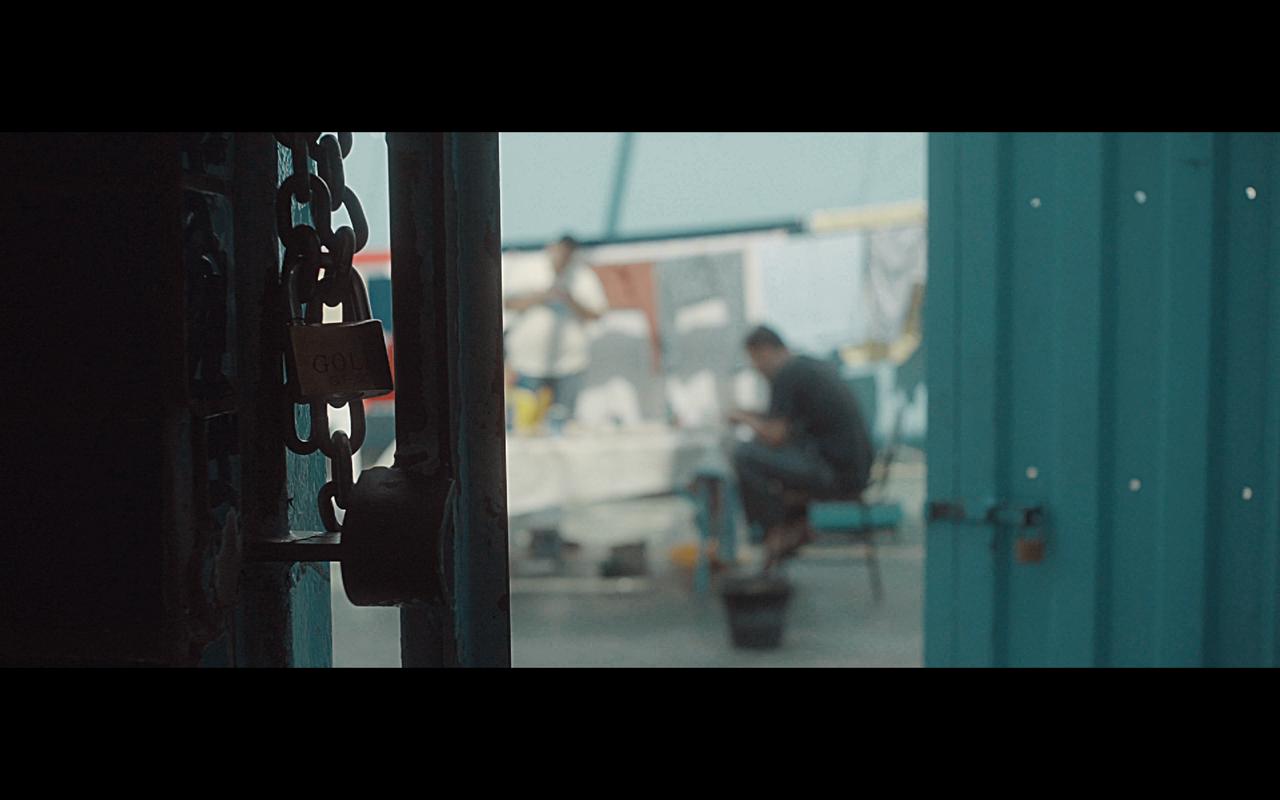 The way to do this was through encounters. The stories that we see in the film, or behind the scenes. Faces like that of Nuno, who appears at the beginning, during his last months in Apac, and at the end outside, with his wife and children because life has changed. Or that of Luzia, who told Simonetta her very troubled story that was full of pain and violence (“while we were shooting the interview, the director of photography burst into tears”), and in the following months, after leaving Apac, she did not make it. She committed suicide. “Her life was a cry of love, a powerful one,” says the director, still shaken. “And it struck me because it made me realize that Apac is not a perfect system: it is a proposal of life to your freedom. Apac does not save you in a mechanical way. It offers you an opportunity to resume your life in light of a love, of a gaze. That is why it speaks to everyone, even those who have never been in prison: it gives me the chance to return to the origin of myself, to listen to my true heart.”

Not everything went smoothly, the pandemic complicated everything quite a lot. “But I never felt alone, so many people helped me. TJ Berden, a friend and producer, who is a great admirer of Apac, threw himself into the project head first. My friends at AVSI-USA helped me to find the money.” Then came the surprise collaboration with the 4th Purpose Foundation, a nonprofit organization dedicated to improving the lives of prisoners. “I got a call from the CEO, Josh Smith, who is himself an ex-convict: ‘I hear that you are doing this? I had been looking for someone to work on Apac for a long time…. What do you need?’ He funded the rest of the project without ever having seen me. To this day, I still have not met him in person.” 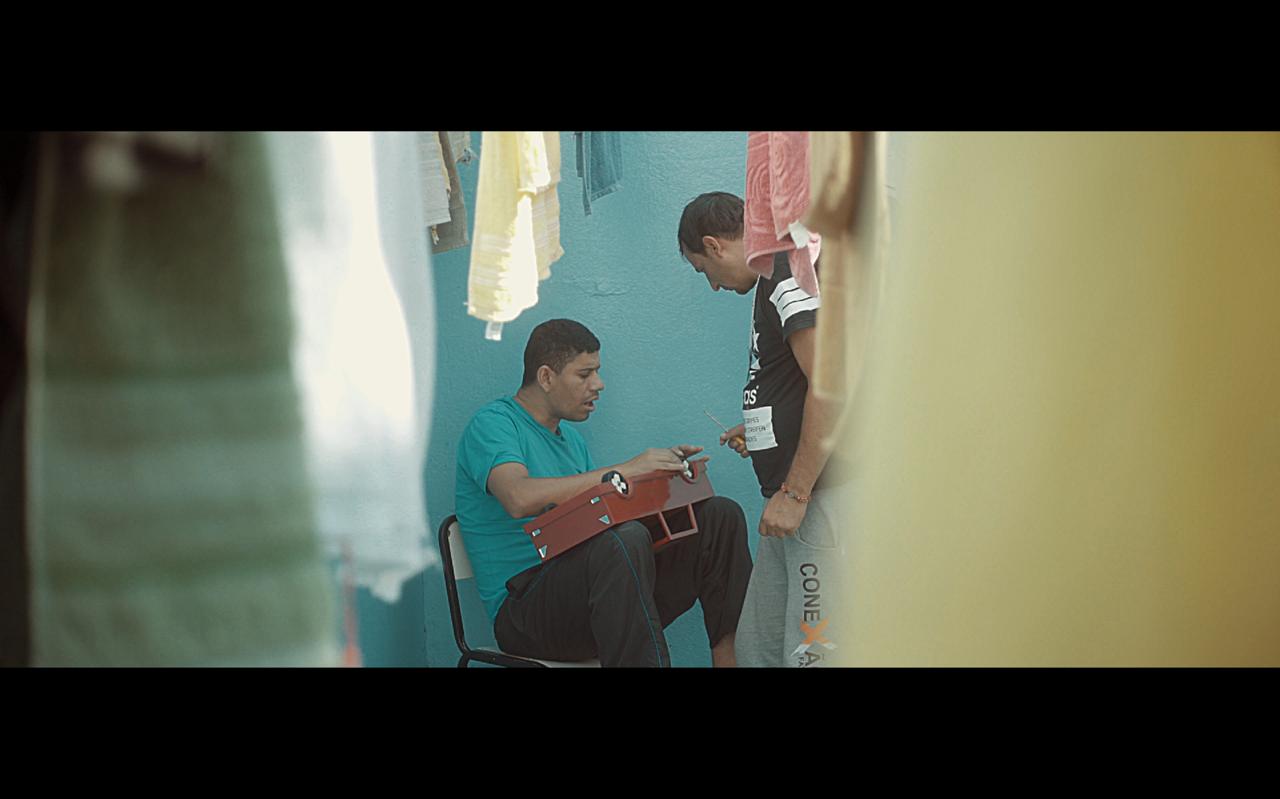 Now the film is starting to circulate, starting with prisons. “And it is a dream for us. If we can get it there, it is an opportunity to touch on a huge problem for American society. Prisons here are a world apart, more so than anywhere else. You have to enter them to change them”.

That is what is happening, starting with Lousiana. “The screening was at 7. At 9:30 we were still there discussing it.” What struck you most about the dialogue? “The detainees caught on to something very strong that Valdeci Antônio Ferreira, Ottoboni’s heir, says: crime is the experience of rejection taken to its extreme, it is a cry for help. When we feel rejected, we cry out for love, from the cradle to the deathbed. With any gesture we make. In the end, it is the search for God. And it is the thing that marked them the most, many have told us. Because it is true.” Then came the question, that of the raised hand. Is it possible? “They all said yes. Everyone. One of the guards was very explicit: ‘In our country, prisons are a place where you put someone in and throw away the key. And it suits us, because it is a business. Apac is something else: unimaginable, but possible. Because if it is possible there, it is also possible here’.”

After Lafourche, further screenings are planned. Another jail in Louisiana, in St. John’s County. Potentially also in Tennessee, “and it would be even more interesting there because the prisons are really tough.” And, starting in September, in different universities: “Notre Dame, Columbia, Loyola Chicago. The dates are scheduled, and it is just the beginning. We have found a film distributor in Brazil and something is beginning to move in Europe.”

And you, what have you discovered about yourself? “The wound I told you about, the need for justice, has reopened. I have always wondered if forgiveness was really possible in the face of certain crimes. Is change possible? Now I can say that it is. First of all, for me. Because what I have seen what makes me go into the depths of myself. That forgiveness has touched me too.” 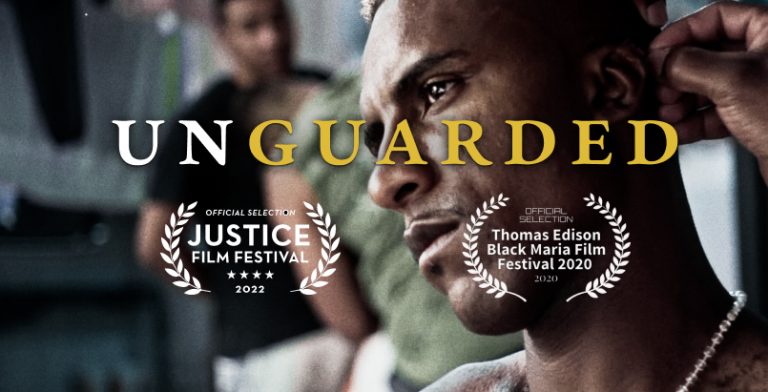 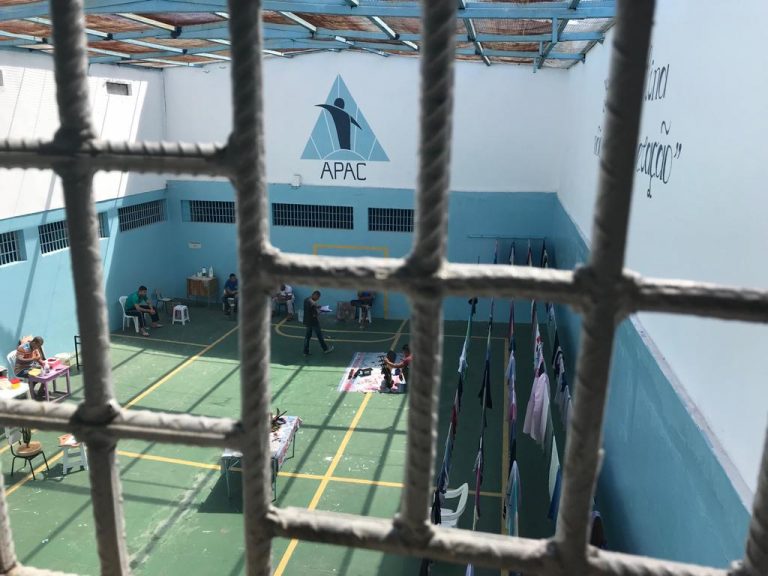 First screening of acclaimed documentary, “Unguarded” in an American prison 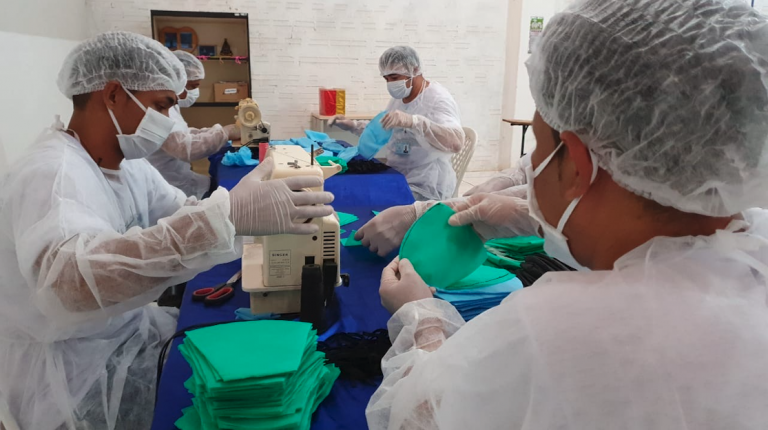 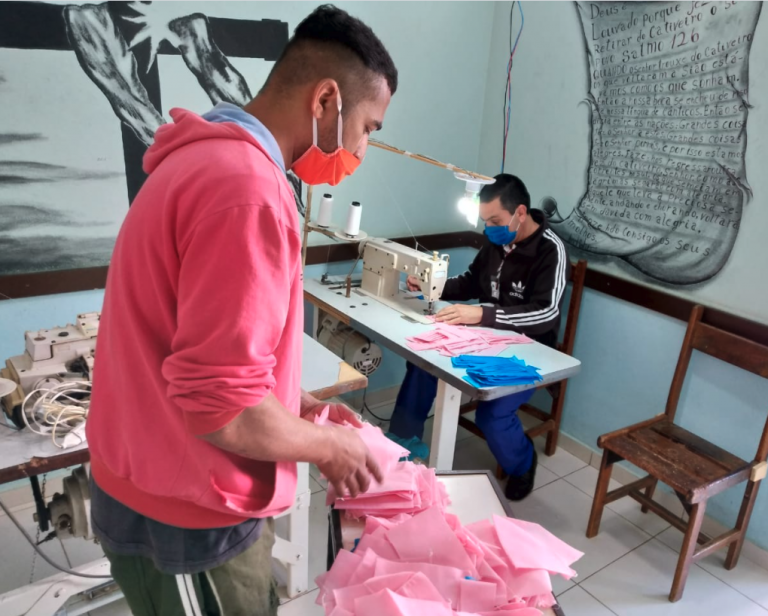 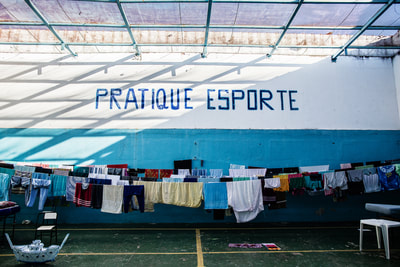 A prison without guards: the APAC Method 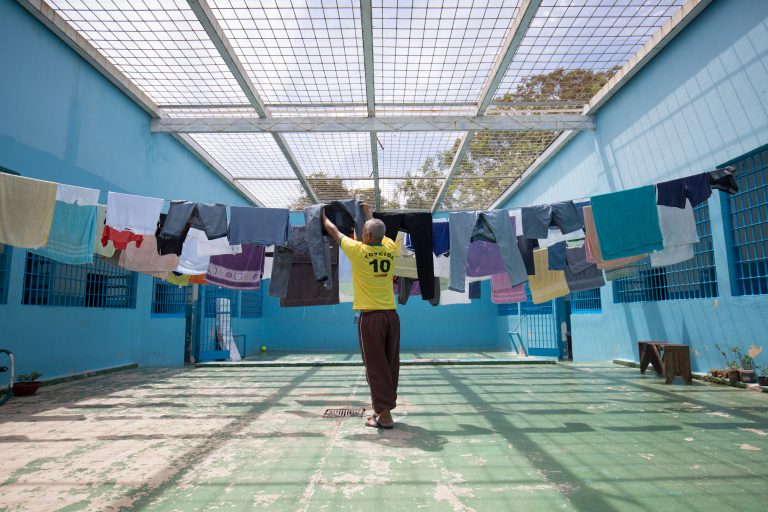