Abandoned at Birth, Olena now Tutors Other Girls with Disabilities

As part of the series “Stories of New Beginnings,” meet a young woman working with Emmaus, AVSI’s partner in Ukraine: “When people look at a person like me, they only see weakness and disadvantage. But vulnerability is actually good; it’s a strength”

We are talking on Skype. After all, I am in Washington DC, and she is in Kharkiv, Ukraine. Wearing a beanie covering most of her hair, 28-years-old Olena Kuts looks away from the camera and laughs when I explain why I wanted to interview her: to learn more about her life.

And not an easy one. Born with Phocomelia, a condition that involves arm and leg malformations, Olena was abandoned by her parents when she was just two days old. Soon after, she was sent to a local orphanage, where she lived for seven years. Lena doesn’t like to look back at those first years of her life.

"It's a scary story. One that I rather not think about," remembers Olena. "There was no love in the orphanage. They only provide for your basic needs, a bed, clothes, food…" 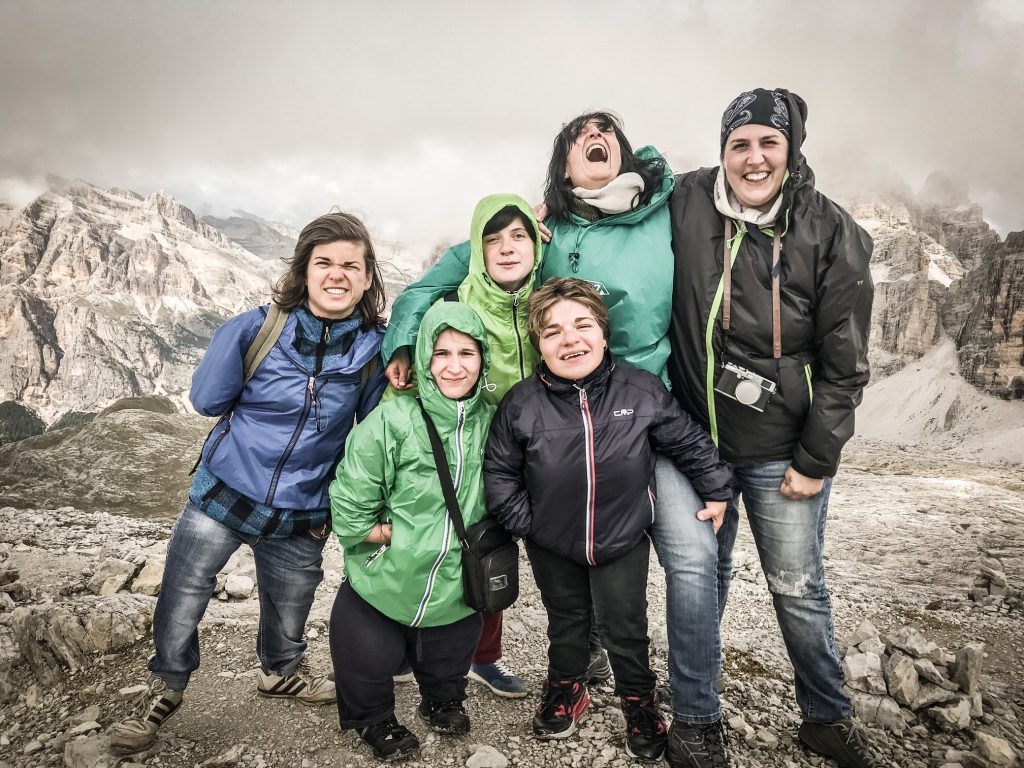 While living in the orphanage, Lena discovered what she wanted to be when she grew up: a scriptwriter. The inspiration? Old Russian and Ukrainian soap operas that Lena and the other children would watch over and over as a way to find relief and escape from their real life.

“You see, when you live in an orphanage, people keep telling you that the world outside is dangerous. Children become afraid of everything,” remembers Olena. “I needed to create my own imaginary world and put it out there, so I began to write.”

When she was seven years old, Lena moved to a boarding school for children with disabilities. There, she had two encounters that changed her life. At 13, she met a director who founded a theater company to work with marginalized children and young adults living on the street or in boarding schools like Olena.

"He was the first person who taught me about love. He had a dream that I would have a home, where I could live freely," remembers Olena, who cried for days when the theater director died of cancer. "It was one of the most difficult moments of my life."

If losing a friend and mentor was not enough, Lena also struggled to find a place to live after leaving the boarding school. Young people who age out of the system are generally left to fend for themselves and many simply can’t make a healthy transition to independent living.  To assist young adults with disabilities like Lena, in 2013, AVSI Foundation ran a fundraising campaign on behalf of Emmaus, a long-term partner in Ukraine. With these funds Emmaus was able to buy and adapt an apartment to host up to five young women with disabilities 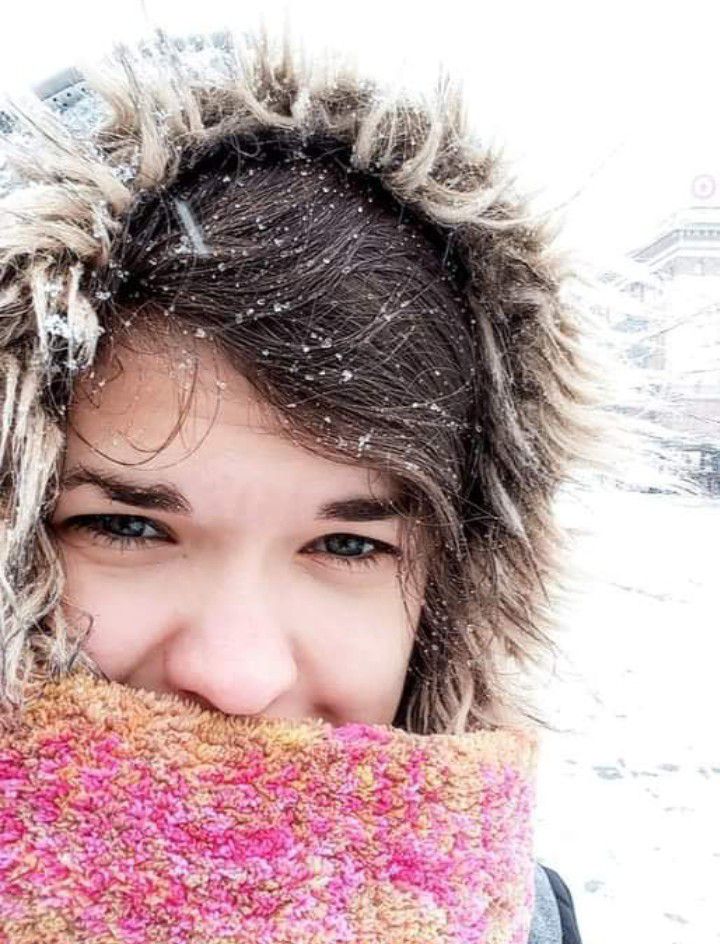 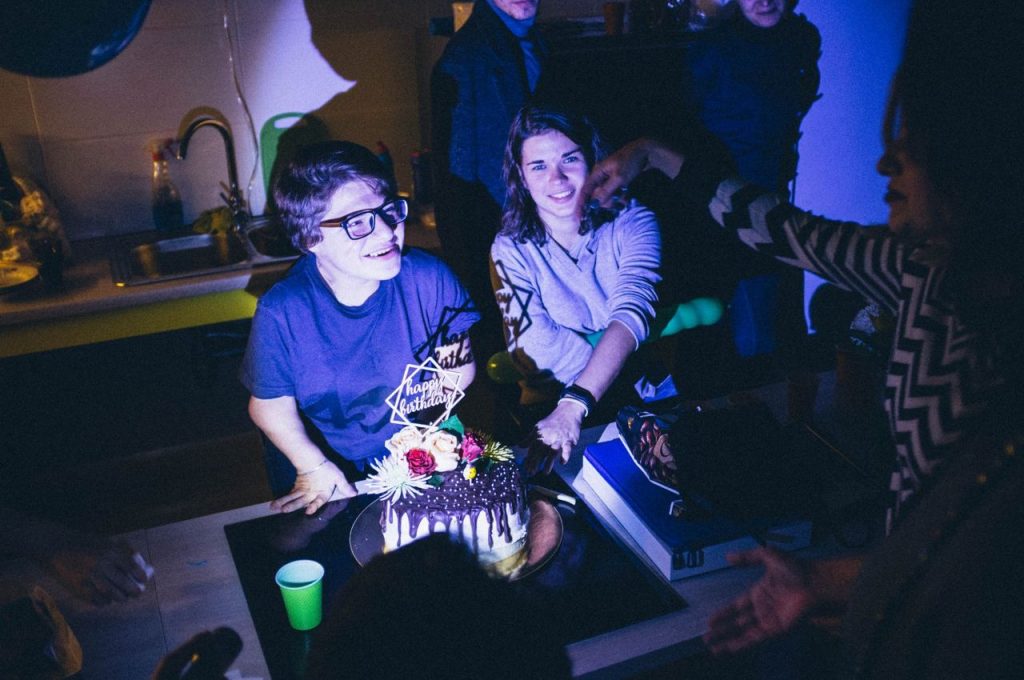 “I met Emmaus when I was at the boarding school. It was normal to meet volunteers. They would come once, bring boxes of chocolate and then disappear,” jokes Lena. “Emmaus volunteers were different. They kept coming and helped me study to pass the exams and go to college. It was the second encounter I had while at boarding school that changed my life.”

Through the years, Lena’s relationship with Emmaus got stronger. After graduating in Cultural Studies, she began working with the NGO doing what the volunteers had done for her: going to a girls’ boarding school to prepare students with disabilities and war orphans for university entrance exams. The trip to the orphanage tested Olena’s resilience.  Using public transportation meant an arduous journey, especially for someone with disabilities. It could take up to three hours each way, and entailed changing trains and climbing stairs.
“Because of my legs, it is very painful for me to walk or take public transport,” says Lena. 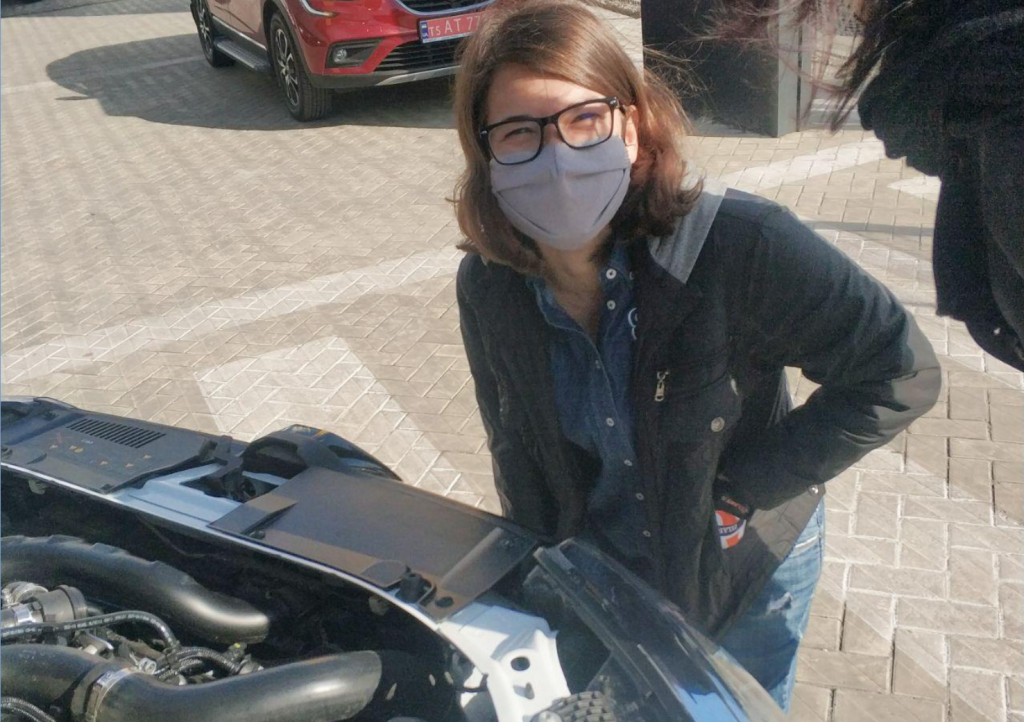 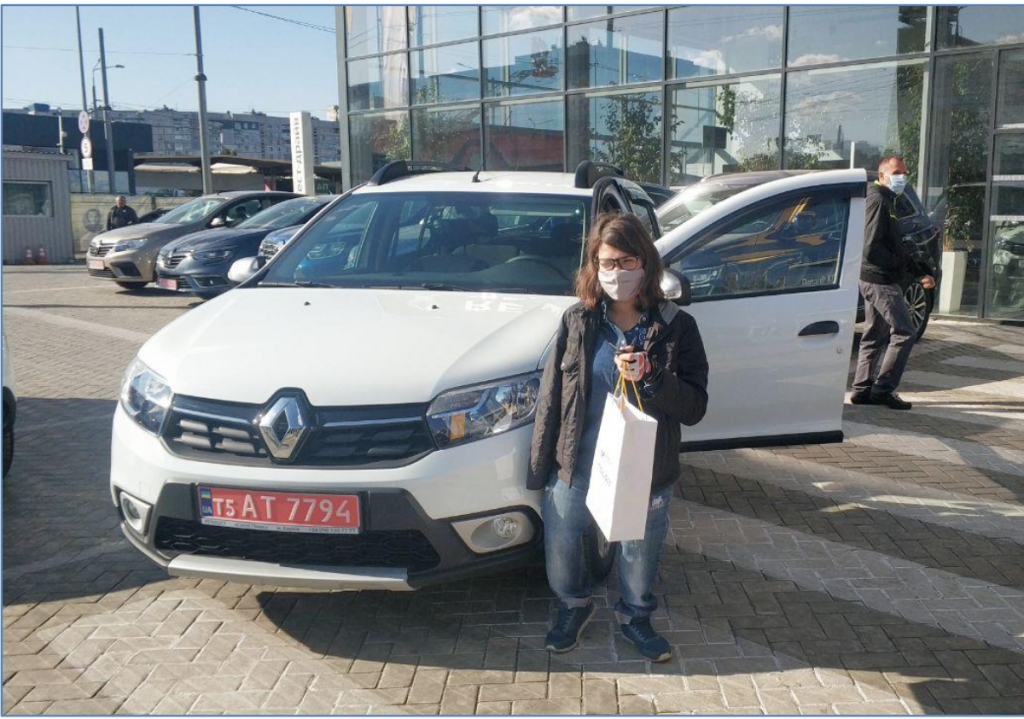 But these exhausting trips are about to end. Thanks to a project funded by the Loyola Foundation and implemented by AVSI-USA and Emmaus, Olena will have a car at her disposal. First, however, she needs to make another dream come true: learning to drive. Since there are no driving schools in Kharkiv that accept people with her condition, she will have to move to another city (Lviv, Ukraine) for three months to take lessons and obtain a driver’s license.

“With a car, the trip to the boarding school will take only 45 minutes,” celebrates Olena, who by now is used to the challenges faced by people with special needs in her country.

She even wrote a book about it which she dreams of publishing soon called, “Vulnerability as an Opportunity for Good.”

"When people look at a person like me, they can only see weakness and disadvantage. But vulnerability is actually good; it's a strength like I say in my book, it's an opportunity to do good."