DANTE’S MASTERPIECE PERFORMED ON STAGE BY 150 STUDENTS FROM SCHOOLS LOCATED IN ONE OF THE LARGEST SLUMS IN AFRICA IN A UNIQUE PROJECT DESIGNED BY MARCO MARTINELLI, FOUNDER OF THE TEATRO DELLE ALBE AND PROMOTED BY AVSI

On October 3rd, 5th and 6th, in Kibera, inside a vast slum in the heart of Nairobi where almost one million people live, something unthinkable will happen: 150 students from the schools Little Prince, Cardinal Otunga, Ushirika and Urafiki will stage an adaptation of The Divine Comedy, by Italian author Dante Alighieri, directed by Marco Martinelli with Assistant Director Laura Radaelli. Through Hell, Purgatory and Paradise, children will cross a path that will conclude in a parade in the heart of Kibera.

“The work on the Divine Comedy has confirmed to us how this archetypal narrative is universal,” explained Martinelli, founder of the Teatro delle Albe, one of the most important theatre companies in Italy. “In this work, we talk about a man who gets lost in a dark forest, full of fear, despair, lack of meaning in life. How that man, when he hopes to get out of it, finds himself devoured by wild beasts and has the strength to understand that he will not save himself. This is the cry of Dante: have mercy on me. His prayer to the Creation, to the world, to the Other, is effective: someone arrives and holds out a hand, leads him into the light. Therefore, we simply told this story, without using Dante’s verses. We used improvisation, actively including everyone including teenagers.”

The project of making theatre a central experience in the educational paths of these schools in Kenya’s slums dates to a few years ago: many teachers had pointed out how the theatre was a factor of great attractiveness for the students. Thanks to the theatre, the rate of absence dropped dramatically and the theatre was also a tool to address other subjects. Since then, thanks to the commitment of AVSI, an international humanitarian NGO that has been present in Kibera for many years with projects in different fields, in particular, that of education, training and job placement, the investment in the theatre has gradually grown. 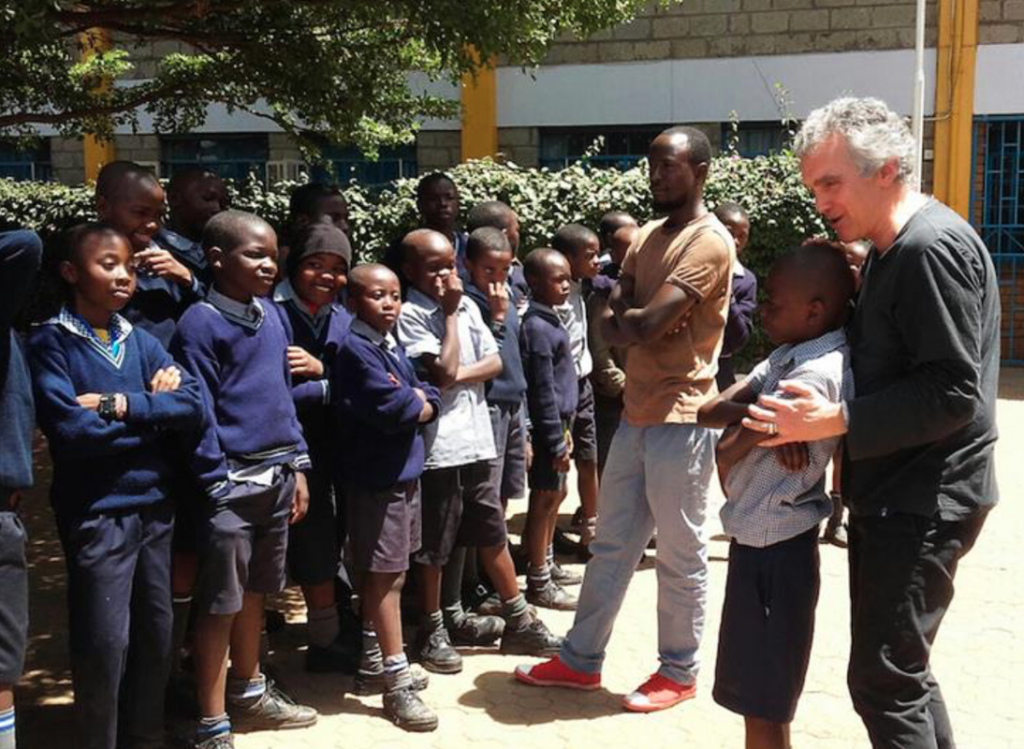 In 2015, an equipped room was built inside Little Prince School and in the same year an adaption of “Pinocchio”, staged by the institution’s children received a very important award: Best International Show granted by the Carlo Collodi Foundation.

“Theatre is a way of educating. With the theatrical experience, the teenagers change, become protagonists, and their way of interacting in the classroom is different”, explains Anthony Maina, Little Prince principal.

The experience of this school was contagious and in a short time other institutions in KIbera have become involved in the project.

“This attention to the theatre,” explains Giampaolo Silvestri, Secretary General of AVSI, “is a fact that corresponds perfectly to what we mean as development cooperation: accompanying people to recognize their value, to take seriously their own desires and dreams, to express themselves. Hence, when a person starts and grows, he/she can no longer be defined by the conditions, even the poorest ones, and manages to get him/herself and his/her community in motion again. In the slum, there is not only the need for bread and work but also a desire for beauty, a knowledge that opens up the gaze and creativity, a condition that is fundamental to any development project.”